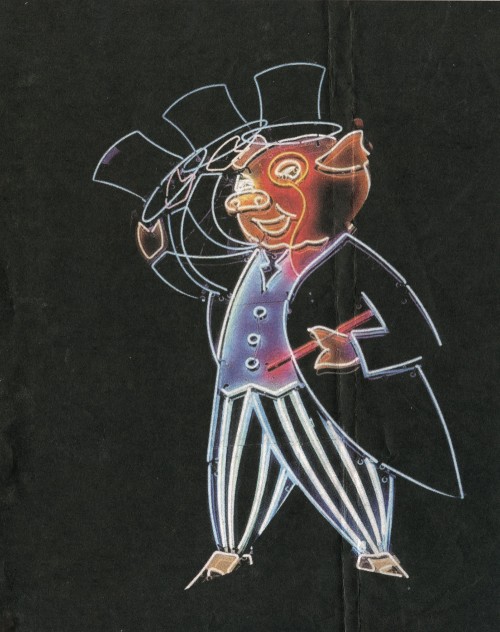 ASK most people what they remember about driving through Dandenong between the 1950s and the early 1980s and you might hear about the Dandy Pig.

This pig was one of Melbourne’s first, and most famous, animated advertising signs, and was installed for what locals referred to as the Dandy Bacon Factory, although its official name was the Gippsland Co-operative Bacon Curing Company.

It started life on top of the shops on the west side of Lonsdale Street, facing traffic which crossed Foster St from Gippsland, but was refurbished and reinstalled at the Dandenong Market in 1996.

During recent redevelopment of the market, the pig has been in storage, but now it’s time to come out and the Greater Dandenong Council isn’t sure where to put it.

Council has identified two locations that it believes would be a suitable permanent home for the Dandy Pig – its original location, or back on the markets – and is calling on pork lovers to cast their vote.

Wherever the pig ends up, we hope the council can spread its sphere of influence and get somebody to show as much enthusiasm for the Nylex clock.

Published the next day:

Ian Rogers saw our item yesterday about the Dandy Pig illuminated sign getting a new home in Dandenong and it brought back memories of his days as a repairman of such signs.

“I got a call later one night in the 1970s … telling me the sign was on fire. Seems somebody had driven past with a rifle and shot him twice in the guts. One of the shots snapped a high-tension wire and all the electrics burned out. It took me a week to get the pig up and running.”