(Not) Still The One

We live near the old Channel Nine headquarters in Richmond, which has been sold to Lend Lease and is being developed into an apartment complex. They’re keeping the heritage building on Jago Street with the distinctive “GTV Television Channel 9” sign in red. The other buildings, including this warehouse on the corner of Stawell and Khartoum Streets, are being demolished. This photo was taken on 3 October 2011. A few days later the building was gone. The warehouse was a kind of Atlantis of showbiz kitsch, its relics comprising old studio sets, props and garish costumes. (My girlfriend peeked inside a few months ago and spied a perspex sign from the Price Is Right set, a giant crayon and an over-sized genie’s lamp.) The logo, too, is reminiscent of a particular time – when Channel Nine was “Still The One”, owned and run by Kerry Packer, the dominant force in Australian media and a cultural icon. If you look closely you can see the faded outline of the nine dots of the logo. I think the style of the logo places it in the early 70s. 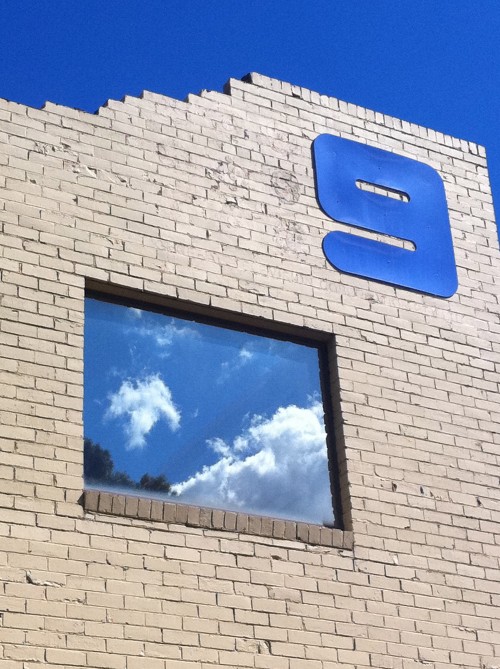 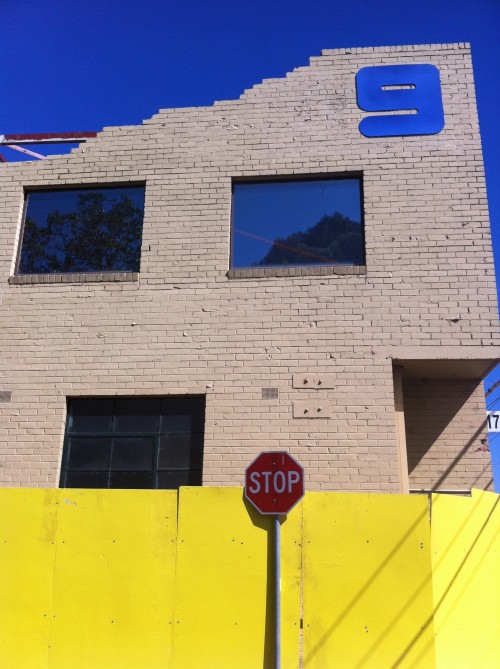